Thirty-four members of the Wisconsin Section, one of our largest turnouts in the last few years, enjoyed great weather, an old fashioned picnic of brats & burgers with all the trimmings, and lots of Gemütlichkeit at our July 10th Summer Picnic at Carl Schurz Park in Hartland.  The picnic was the first event of its kind in recent memory.

MBCA members and guests held their picnic in the pavilion, one of many buildings on park grounds and a short walk to the Biergarten for beverages.  We were allowed to park our Mercedes in a wooded area of the Park.  After our meal members lingered around the cars, chatting, discussing the various models of MB in attendance, and generally getting to know each other better until late in the afternoon.  Deb & I left at 4:30 and there were still folks visiting.

For those of you who don’t know about Carl Schurz Park, it’s a privately owned park that’s been around since 1945, devoted to the influence of German-American history and culture on the Milwaukee area, and maintaining those cultural links for future generations.  The precursor to the Wisconsin Section, the Milwaukee Section of the MBCA, has a plaque in the pavilion where we ate, and it’s obvious from looking at that plaque that the ties between Carl Schurz Park and our Section go back a long way.

All in all it was an outstanding event, and one which we will do our best to repeat next summer. 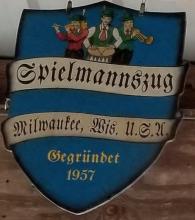 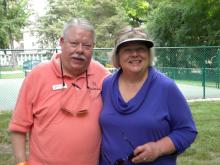 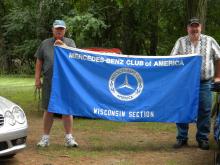 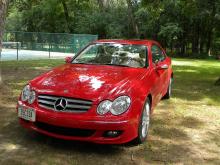 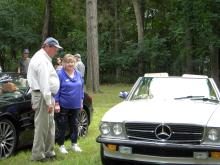 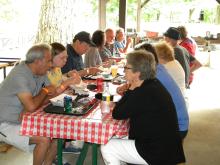 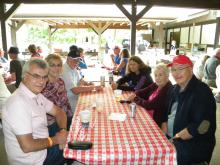 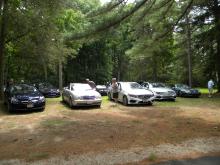